Established in 1977, Broadway Animal Hospital is a full-service veterinary facility servicing Moses Lake, WA and surrounding areas. The staff at Broadway Animal Hospital seeks to provide the best care for their highly-valued patients. We are committed to providing excellent care to both our small and large animal patients. Please take a moment to explore our website and we look forward to meeting the needs of you and your cherished pet. 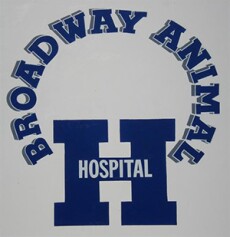